The Need to Treble Check Everything 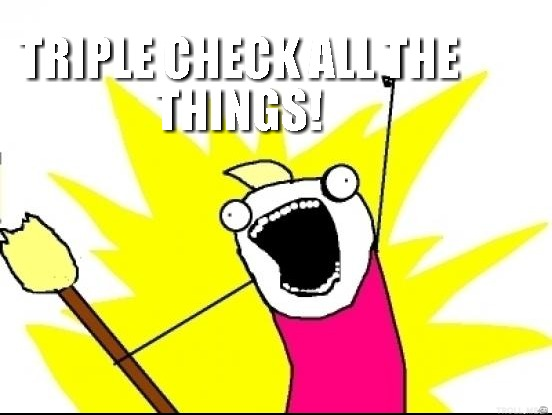 When laying caches and then creating the cache pages for them it is imperative that you treble check everything.

Last night my first full circular series was published. It’s very similar to the series’ that Poshrule puts out all around here, in fact I am surprised he hasn’t put one around Alconbury. I also interspersed a multi-cache into the walk – Past Pubs Path Finder.

This multi-cache is loosely based on the weird little back alley footpaths around the village and pubs that have long since vanished.

So, the caches were published last night and I decided to check some of them. I worked through the clues for the multi and realised I had got the equation wrong – OOPS!

Then this morning I had an email from bobgeorge suggesting that if #11 was supposed to be between numbers 10 and 12 then the coordinates must be off.

I then checked several others this time with the aid of google maps. Oh dear, there were some other changes to coordinates required. Then it was time for church.

After church I went out in the car to have a quick look and spotted people hanging around the corner of sharps lane. It turns out it was probably Fluffy Chick.

So at the end of the day and reading through all the logs it looks like my first series didn’t go down too well! I really should have checked all the coordinates twice and then confirmed the GZ with google maps.