Another Walk Round Ferry Meadows 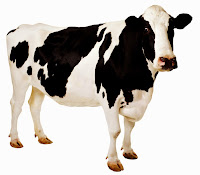 Today TT925 and I went to clear up some more caches around the north and western edge of Ferry Meadows.

But first off was a second attempt at Woodstone Micro. I DNF’d it a few days ago, but had been assured it was still there so we popped back there. This time it was an easy find. The odd thing about this one is that if you sit in the bus shelter and look at the roof of the factory opposite there is a stationary bird of prey (not a real one I guess).

So mission accomplished we headed over to FM and picked up Willow Trail cache, again on a second attempt after confirmation from CO we were on the right track. It was exactly as we suspected and how we missed it is anyone guess.

So now that we have cleared up those 2 DNFs TT925 says there’s another one 300 yards north. My phone is playing up try to get an internet signal so we follow the arrow on GPSr and headed up to grab Robin Hood Hill only we get to a stream first, it’s only little so we try and jump across it but TT925 gets her feet wet, then we carry on a little further and my phone kicks into life and we realise that the cache is the other side of the river!!! So we have to head back to the path anyway and back around.

Once we had finished that manouevre and dealt with the cache we realise it was only another few hundred yards down to Lost Sole so we head for that as we still have just enough time left. By now it looks like it’s going to start raining.

TT925 really doesn’t like cows either (remember the hedgehog?). Are there any animals she likes? Anyway, this is a shame as GZ has some Moo Moos nearby. Luckily the were girly Moo Moo and the cache was retrieved without incident and we were soon off to the car in a fine mist of rain!