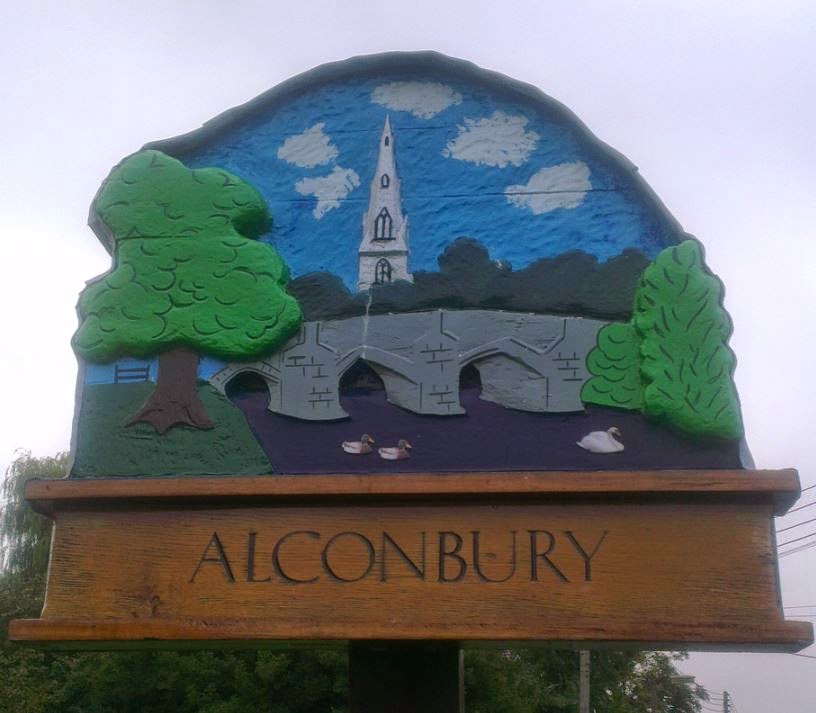 Church Micros – an informal type of cache created by sadexploration, or Steve to his friends.

They don’t have to be micro’s (in fact the one at Abbotts Ripton was an ammo can until it got muggled) but they are intended to take you to a church, although generally not on church property.

Steve keeps a database of all the caches and I believe there are over 6000 out there now.

There are other pseudo series: Little Bridges, Odd Couples and a Fine Pair to name but a few. I have also started a few myself – Trigtastic, Milestones and Oddly Named Bridges.

Recently I have noticed another pseudo series pop up, mostly created around here by poshrule. These are Village Signs and they were started by Smokeypugs with VS #1 Dagnall in March 2013.

By the start of 2014 there were over 50 and when I created listings for Alconbury in August they were approaching 150: VS #145 Alconbury and VS #146 Alconbury Weston.

Last night poshrule had another 4 published and I managed to get FTF on VS #147 Easton and VS #153 Spaldwick.

Today Ryo62 had 4 published near where I work. He told me 7 were in the pipeline but obviously my notifications only caught 4. I got FTF on 3 of them as well!

As the name implies these caches are designed to take you to visit pretty village signs. Some actually have the cache close by but some have had to be made into multicaches which start you at the village sign but then take you off to the nearest convenient (available) hide location.