Elton and Back Removed and The Thurning Problem Resolved 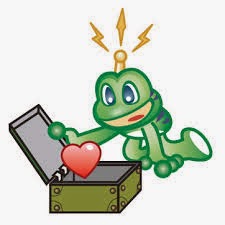 After last night’s work Christmas do the wifey-muggle decided to have a relaxing afternoon without the kids and allowed me to go out caching for a little while.

I decided to take this opportunity to clear up the rest of Elton and Back and sort out The Thurning Problem.

I parked up near the old #9 which I had previously converted into a Hello Hunts cache with the intention of walking south and then returning to the car, relocating round to Warmington and then walking east to get the rest of that part of the loop, before returning to the car and heading north and picking up the last few.

Instead I just walked the whole loop round to #17 on the edge of the Elton Estate (which was the extent of where I reached back in November) and then headed down the side of the raspberry farm to the Warmington Milestone cache and along the A605 back to the car. This was a 6.5km loop as opposed to 3 out and back walks totally 7km with some drivebys in between, which would have seemed shorter but actually wasn’t.

It was a nice walk though and the entire loop would only have been another km. I only had 2 DNFs on this walk, one that was a bit frustrating and should have been there, in fact it may have been, the other which I guessed may have been missing as the hint was base of footpath sign and this sign was in an urban location.

After this marathon (for me) I headed via a few cache and dashes down to Thurning to sort out ‘The Problem.’

When I arrived it was just getting dark and I made my way along my pre-determined route only to discover my first GZ had the tree on the wrong side of the brook, oops! Lets hide the pot under a stone – A MarcusMaximi classic!

The same problem occurred at my second choice – DOH! The third choice was fine and I brought some rocks back to increase the size of the cairn at number 2. Then it was back to the car and dropping some more off on the roadside.

Once I had laid my new caches I went and retrieved the first of the two offending caches and then went to look for the other one outside the property owners house. In fact the hide was 2 bricks underneath their hedge, but the cache itself was gone. I then went and saw the property owners who were very nice people, we had a good chat and it turns out that they know a geocacher, which is how the found out about this all. This geocacher is moap.

And so the story has a happy ending and no doubt GESA will be out to grab all the FTFs within the next few days.