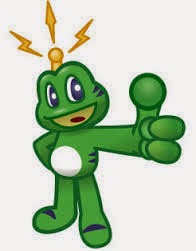 I’ve had a few email exchanges between Groundspeak lackeys and the property owner and have agreed to remove the offending geocaches.

I remember when I went out to do this walk shortly after it was published that the second cache was very mugglicious and it had already been commented on by previous finders.

It looks like it has subsequently been moved slightly, but obviously not far enough!

The other problem with this route is between the next two caches and we spotted this when we walked the route too. There isn’t actually a route between #24 and #25. It is a field margin, but not a PROW or even a permissive footpath. Several people recently have been skipping 24-26 because of this.

So what to do? Well, I think I have a route heading away from the property and over to Luddington and up to the footpath again, but the road walking is not ideal and there are not many hide possibilities along the field margin to region the route at #25.

I’ve created some cache pages at rough coordinates and we’ll have to see how we go. With a bit of luck this will solve both issues.