On Monday Thorntons’ Easter Egg Hunt went live. It has been the talk of geocaching Facebook groups and twitter land for some time now; mostly about hiding the eggs and earning a hamper for your efforts!

I was too late to get in on the act of getting a hamper but did I still have a chance to get an egg? 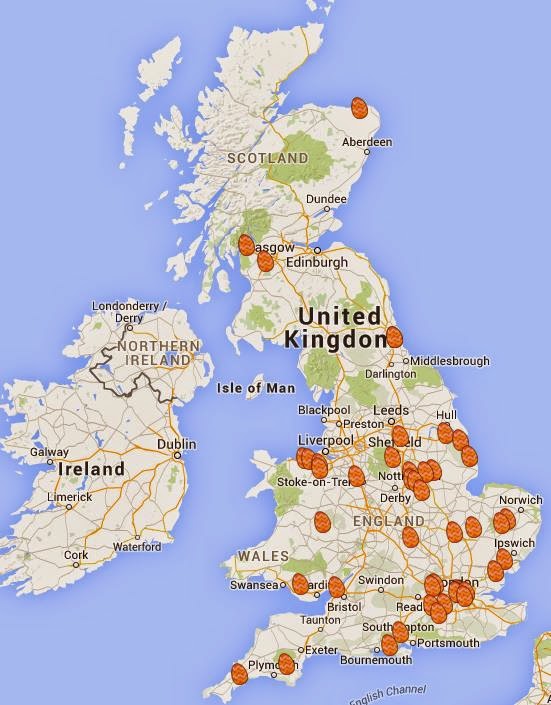 I didn’t even realise it had gone live until I saw it mentioned on one of the Facebook groups during an idle moment at work mid-afternoon.  I was soon on the web site and spotted that the one nearest to me wasn’t exactly a drive by.

After closer examination I realised that I have walked past this GZ several times and I knew exactly how to get there and estimated that it should only take me about ten minutes to get there.

Hopefully that would put off other searchers until I got a chance to get out of work. The nearest place to park is actually very close to my route home from work, so it wasn’t even very out of the way at all.

For the rest of the afternoon I was keeping a close eye on the web page to make sure that it hadn’t been found, apparently as soon as the voucher is redeemed the egg will disappear from the map.

The map allowed me to zoom in and even switch to satellite imagery and from this I determined that I could probably find it even without a GPSr. The track leads up from the parking to the southeast and then hooks round to the right just before GZ.

The annoying thing was that the Thorntons’ site had quoted the coordinates in 53.238647823 -0.125124 format so these had needed to be converted into DD MM.MMM format that we all know and love as geocachers. I plugged these converted coordinates into a dummy unpublished geocache listing and sent them to c:geo. The coordinates did not appear to be in quite the same place as the map on the web site.

The afternoon dragged by, but come home time the egg was still apparently there, I managed to sneak out a few minutes early and I was on my way.

I parked up just to the south and there were a couple of guys hanging around. Were they just dog walkers or had they just found themselves an egg? Well, there was only one way to find out, so at about 17:50 I headed onto the trail. It was still light and it stayed that way all the way to GZ whereupon I began my hunt in the obvious location. With no joy there I expanded my search. The hint was ‘nook of tree’ so you can tell from the aerial shot that there were many possibilities if you also take into account the potentially dodgy coordinates.

After about twenty minutes I was about to give up when I decided to have another good hunt at the original GZ. I poked around with a stick and suddenly un-earthed a rather shiny pine-cone! AHA!!! I gingerly opened it up to find a rather screwed up voucher inside – Hooray! I had won!!!

The question now was whether or not to take the pine cone with me. I know that about 50 yards to the south is the final of a local puzzle cache, so this cannot be converted into a geocache in this location, so I took it with me. After all, there was nothing on the Thorntons’ site saying that you should only take the voucher and I guess any muggle that found it would take the whole kit and caboodle!

As soon as I got home I logged in to try and redeem the voucher, but I couldn’t. Once you had put all your details in and clicked ‘Pay’ it acknowledged that there was nothing to pay but just re showed the pay button rather than showed the finish button. As a web consultant I guessed this was due to the web page not receiving a payment confirmed notification from the payment engine and therefor not thinking that payment, although un-required, had not been received.

After some research the next day some people had suffered this same problem and simply purchased a 95p lolly. I wasn’t going to do this however so rang up Thorntons’ customer services and explained the deal. I was told someone would get back to me, which they did within the hour and I was informed that my order had been put through and I should receive it shortly.

This morning it arrived. In a rather large box! Talk about overkill on the packaging department!

The egg is still showing on the web site, despite my initial tweet to them just after I found the egg and then several more tweets to them advising it had been found. By mid afternoon the egg had finally been removed!

The pine cone is now a milestone cache!